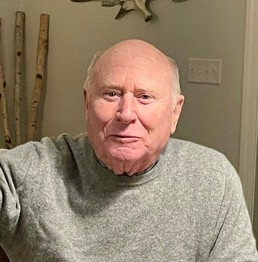 James Marshall Galway, age 79 of Lewes, DE, passed away on Wednesday, August 17, 2022, at his home, after a mercifully short battle with cancer. He was born on June 3, 1943 in Glen Ridge, NJ, son of the late John and Grace Galway.

Mr. Galway was a graduate of Montclair High School, Class of 1961 and American University, 1965, where he earned a Bachelor of Science degree in Business. He was a proud veteran, having honorably served in the US Navy as a Lieutenant and Naval aviator. Mr. Galway continued his career in flight as a pilot for corporate flight management companies, ending at J.P. Morgan Chase, from which he retired in 2011, after 19 dedicated years. He liked golfing, hitting the links at every opportunity, enjoyed boating and all that coastal living had to offer. Above all, Mr. Galway cherished time with those he held most dear. He was a loving and devoted husband, brother, uncle, and friend. Loved by many, he will be genuinely missed by all who had the good fortune to know him.

In addition to his parents, Mr. Galway was preceded in death by his stepson, Jake W. Plumstead; his in-laws: William and Ida Nash; and his brother-in-law, Charles Kapp. He is survived by his beloved wife, Carolyn Galway of Lewes, DE; his sisters: Mary Grace Kapp of Wyckoff, NJ, Gail Braxton (Harrison) of Fredericksburg, VA, and Sally Galway of San Francisco, CA; his nephews: Harrison Braxton III of Saratoga Springs, NY and William Braxton of Roanoke, VA; his niece, Grace Anne Braxton of Fredericksburg, VA; and his brother-in-law, William Nash of Milford, DE.