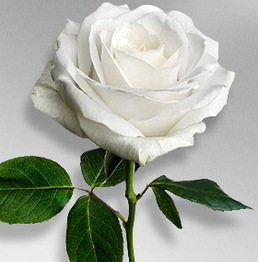 Gustave (Gus) Podd, a magnificent member of the greatest generation, took his final bow on December 31, 2021, at 102 years young.

Born in Philadelphia on September 9, 1919 to Josef and Josefa Podmorski, Gus was raised in Poland. At age 18, Gus returned to the United States on the last voyage of the Polish ship, Batory prior to the beginning of World War II. In 1941, Gus was drafted into the Army where he joined the 808 Battalion. He survived the invasion of Omaha Beach and the Battle of the Bulge, crossed the Rhine River, and reached the Elbe River where his unit connected with the advancing Russian army.

In 1947, Gus married his first love, Aniela (Nellie) Skiba of Newark, NJ. Together they had four sons: Thomas, John, James, and Timothy. The family first settled in Lyndhurst, NJ, but soon made their way to Upper Saddle River where Gus proudly built their family home. Nellie and Gus enjoyed 33 years together with their boys. Nellie passed away in 1980.

In 1982, Gus married his second love, Sylvia Gross of Paramus, NJ. Gus and Sylvia were active in the Polish American Club of North Jersey where he was twice elected president. He served as secretary of the Veterans of Foreign Wars post in Newark. In 1989, he retired and settled with Sylvia at Holiday City Heights in Toms River. Gus and Sylvia were active in the senior club and enjoyed traveling. They were also known as the Polka King and Queen of Bergen County, New Jersey. Sylvia passed away in 2010.
Gus was full of zest and never missed a holiday, making his presence known by singing and sending his homemade greeting cards. He demonstrated his love of life by waking early every morning and exercising.

Gus’ final days were spent at White Oaks in Manchester, CT, where he made many friends while singing in the dining hall, especially Frank Sinatra’s “My Way.”

Gus is survived by his four sons and their families: Thomas and Elizabeth, John and Mary, James and Laurie, and Timothy and Donna; by his seven grandchildren and their significant others, Elissa Daniele and Michael Russotto, Carrie Podd, Jennifer and Matthew Stuart, Jaclyn Podd and MD Kahn, Lindsey and Zac Bennett, Christopher Podd, and Stephen Podd; and four great grandchildren, Ella Daniele, Elizabeth and Cecelia Stuart, and Asher Bennett.

The family thanks RonJae, Ilona, and Augie from Caregiving by Kathy for their compassionate care and support.

Family and friends may visit the Podd family on Saturday, January 22, 2022 from 10 AM - 12 PM at the Vander Plaat-Vermeulen Memorial Home, 530 High Mountain Road, Franklin Lakes. Funeral Service to follow the visitation at the funeral home at 12 PM. Interment to follow. Gus will be buried next to Nellie at Christ the King Cemetery in Franklin Lakes, New Jersey.

In lieu of flowers, donations can be made to a charity close to your heart. Sto lat!