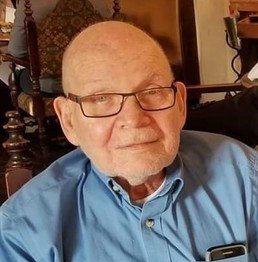 Gerald was predeceased by his beloved wife Carol Marcucci in 2021. Gerald received his Master’s in both Mathematics and Business from the Stevens Institute of Technology. He played the wolf in Peter and the Wolf in George Balanchine’s company at the New York Ballet before serving proudly in the army during the Korean War.
Before his retirement, Gerald worked as a software Implementor for SAP Computer Systems.

Gerald is survived by his loving son, Jamian Nass, also of Oakland, NJ.

Funeral services will be held privately by the family.