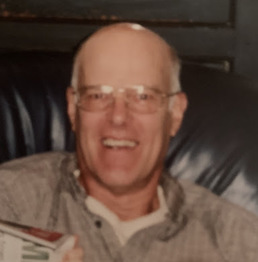 David is survived by his loving wife of 52 years, Margaret “Margie” (nee VanderMaas). David and Margie met in Wayne, NJ as neighbors, growing up together across the street from one another. They were married on July 11, 1970, moved to Ringwood, NJ, and continued to have two daughters.

David is survived by his children; Debbie (John VanderGoot) and Wendy (Gregg Littel); as well as five loving grandchildren Shane, Brett, Zachary, Evan, and Chad. He was preceded in death by his parents Frank and Jacoba Postma and his beloved brother, Fred Postma. He is survived by his sister, Madelyn (Phil Higby), brother Paul (Bonnie Postma), and sister-in-law Barbara Postma.

David served honorably in the National Guard. He started his own business called Postma Brothers with his brother Fred Postma and worked as a skilled stonemason until his retirement in 2004. David was a natural handyman and could fix almost anything. He would often be found working around his property on his backhoe. He also loved the great outdoors; hunting, fishing, hiking, horseback riding, and quading. David was a believer in the God of the Bible. He would often say that our country needs to turn back to God for direction and peace. In his retirement years, David loved watching and playing sports with his grandsons. David was a loving grandfather and enjoyed time with his family, especially Sunday afternoon meals.

In lieu of flowers, donations may be made to Parkinson’s Research: Donation Processing, The Michael J. Fox Foundation, PO Box 5014, Hagerstown, MD 21741-5014.

A private service will be held for the family.