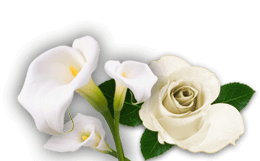 To share your memory on the wall of Alan Slepp, sign in using one of the following options:

Provide comfort for the family by sending flowers or planting a tree in memory of Alan Slepp.

Provide comfort for the family of Alan Slepp with a meaningful gesture of sympathy.

Receive notifications about information and event scheduling for Alan

Donations are being accepted for: ADLER APHASIA CENTER.

We encourage you to share any memorable photos or stories about Alan. All tributes placed on and purchased through this memorial website will remain on in perpetuity for generations.

Honor the life of Alan Slepp by planting a memorial tree.
Plant a Tree in Memory of Alan
Planted in the area of greatest need
BN

In loving memory of an exceptional man. Bashi and Sam

Wishing you peace to bring comfort, courage to face the days ahead and loving memories to forever hold in your hearts. Sent with love and remembrance

In loving memory of Alan Slepp. We shall remember his gentle smile, positive outlook and passion for painting. May he Rest In Peace.

I pray for peace and comfort for you and your loved ones at this difficult time and offer my condolences to you and your family
Alan's gentle soul will always be in our hearts,
Jovette
Comment | Share Posted May 15, 2021 at 09:23am via Condolence
A

We are sending our condolences to Michelle, Lynda and Alan’s entire family. He was most certainly loved by those around him and lived an extraordinary and full life. Among his many accomplishments, acting AND scaling Mt. Kilimanjaro stands out to me in particular, how amazing. Michelle spoke of him often and I wish we had the opportunity to meet in person, he raised such a kind and caring person. Our prayers and love are with you.
Comment | Share Posted May 13, 2021 at 10:24pm via Condolence